The Jaguars of Cusuco

Cusuco National Park is home to charismatic species such as jaguar, Baird’s tapir, resplendent quetzal and an extraordinary array of other species. The park, and the species it contains, are at significant risk due to unrestricted poaching, deforestation, insecticide use and other illegal activities, which threaten not just the park but the surrounding communities. The Wallacea Trust and Panthera are supporting a team of four to six forest guards, known as the Jaguars of Cusuco, to patrol the park and protect it from further harm.

Current funding requirements: $5,000 per year to support the programme, $60,000 to expand the ranger team and install a satellite station 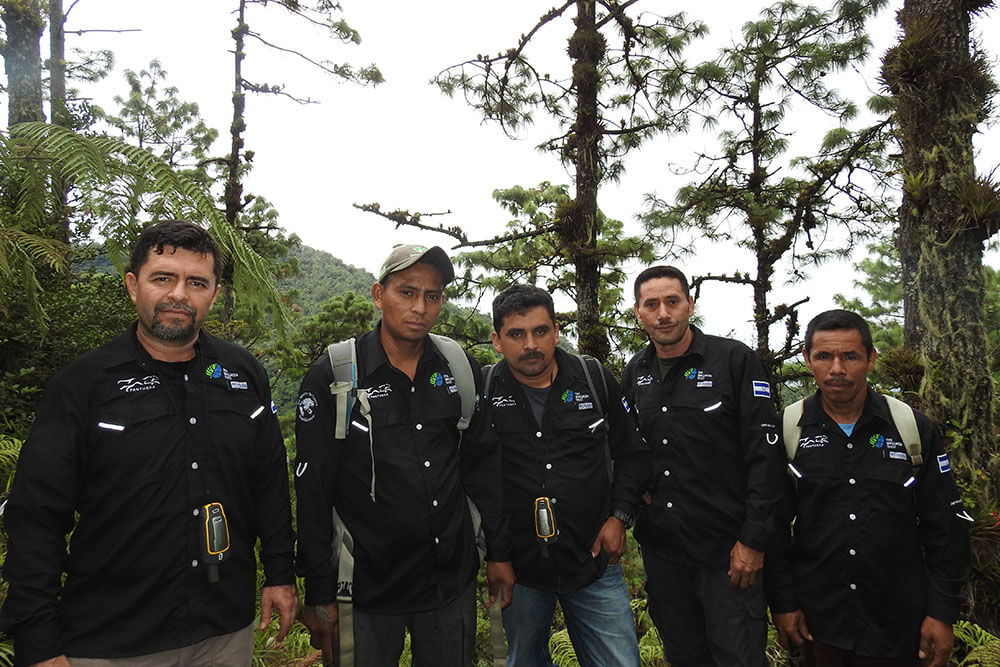 "Cusuco National Park is simultaneously one of the most beautiful and most threatened national parks in the Americas, our forest guard project not only protects this extraordinary reserve but provides stable employment to our team of Honduran rangers who are passionately dedicated to the protection of their natural heritage"

Cusuco National Park is one of the most unique and irreplaceable sites in the world for biodiversity, home to several species of endemic amphibian, multiple important populations of migratory birds, a remarkable invertebrate diversity and a previously-healthy population of Central America’s largest mammal: Baird’s tapir. Cusuco is also a keystone area for the cross-border population of jaguars that move between Guatemala, Belize and north-western Honduras, making it an important part of the Jaguar Corridor Initiative (find out more).

Cusuco National Park was formally established in 1987 and initial investment provided funds to build park offices and an associated education centre, to establish a network of sign-posted forest trails, and to support the salaries of 16 local rangers who patrolled the park and had powers of arrest to prevent the illegal activities of hunters and foresters.

These patrols stopped in the late 1990s when funds were no longer made available to employ local rangers. Wallacea Trust-supported scientists commenced their terrestrial forest programme in Honduras in 2006, providing employment for a large number of people living inside the park buffer zone through their local partner Expediciones y Servicios Ambientales de Cusuco (ESAC), and conducting a large-scale biodiversity monitoring programme.  A close look at the data showed that by 2012 the population of Baird’s tapir had declined by roughly half, and illegal deforestation had affected over 5% of the park. It became clear that unless patrols were re-established, the park would rapidly slide into a state of degradation with devastating consequences to the communities that rely upon it for ecosystem services and employment, and to the biodiversity that relies upon it for a home.

Since 2012 the Wallacea Trust along with Panthera have supported a small team of forest guards, hired from the local communities, and provided them with training and equipment to patrol the eastern and southern sectors of the park. Since 2015 we also implemented SMART and thanks to this tool we now know exactly where the rangers are patrolling and what they are finding in the field. These guards act as a deterrent to potential poachers and loggers and collect real-time data on illegal activity occurring inside the park boundaries. Since the patrols were implemented there has only been one recorded incident of tapir poaching, down from an average of 3-4 per year in the years up to 2012.

The Wallacea Trust and Panthera hope to expand the team to make it safe for them to patrol in the northern and western sectors of the park, where much illegal activity still continues. In addition, the Wallacea Trust and Panthera are working with the Institute of Conservation and Forestry and the Environmental Prosecution Service to bring poachers, loggers and other offenders to justice.